Body modification is self ownership. Creating yourself and taking control. We love your journey and are on our own. Be unique, be special, be you. 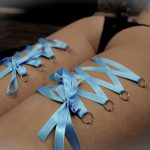 These beautiful projects are for the camera only, designed to create a work of art where you are the centerpiece. All work is removed after the photo shoot.

A small silicone and gold coated natural earth magnet is inserted beneath the skin, typically on the finger. It allows the wearer to pick up small metallic objects like bottle tops and paper-clips. In time It grants you what amounts to a sixth sense, the ability to detect the vibrations emitted by motors and other electrical equipment or in various things that carry magnets. It can also be useful for those who work in electronics and other fields where sensing EMF would be useful.

The m31 is the world’s first bio-hacking magnet that has been designed from the ground up for direct and permanent in vitro use. Using a special process, Dangerous Things prepare the surface of their magnets for titanium nitride (TiN) coating and employ a modified PVD procedure to bond the TiN directly to the neodymium disc. Dangerous Things have performed various lab tests on our prototypes, including fluoroscopic examination, direct impact testing, cytotoxic testing.

The sensation I get as I pass by a strong EMF is that of a small vibration. I can feel a wave of energy that I cannot see. Its enlightening and intriguing. Nici

It’s fairly un-scary as far as body-hacking goes: The implant consists of a glass ampoule just 2mm by 12mm that can be inserted in the fleshy bit between your thumb and forefinger via injection.

The product’s called the XNT, and is distinguished from other implantable microchips because it’s the first commercial one to use near-field communication. NFC is the much-smarter younger cousin of RFID, which means it connects you to your smartphone: You could pay for your groceries, open your front door, unlock your phone, and start your car literally with the wave of a hand.